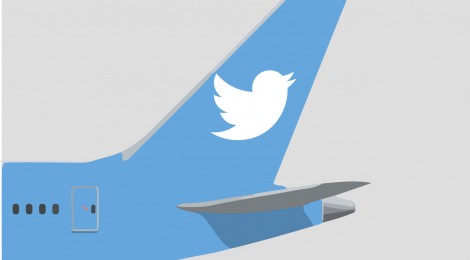 I’m going to discuss a contemporary and somewhat misunderstood aspect of airline branding – social media. As was written in a previous post, branding has many facets to the successful building of a brand and a very relevant one is an airline’s social media presence. Historically, advertising had taken on many different forms since the beginning of commercial aviation starting with print then broadcast and digital. A recent transformation is connecting with customers in a completely different approach than those more traditional methods. Without getting into the minutiae of the differences, suffice it to say that the traditional method of top down, or funnel marketing has made way for an engagement process generally referred to as a customer experience. The key distinction to understand is rather than simply feeding advertising and branding to customers in the hope that it influences their decision making process, getting a customer to seek out engagement is a much more rewarding and tangible relationship. Now, there are plenty of nuances that I’m glossing over in order to examine how an airline may use paid social media to nurture and grow their brand and then hopefully earn social media. Airlines have the ability to connect one-to-one with customers and that changes the relationship between the two, but it also provides a mountain of data for an airline to sift through. There must be a distinction between the notion that you use social media as a primary sales tool and it somehow serves as a magic bullet, and what is generally referred to as paid social media. Social media can be split into two categories; paid and earned. Paid media has been around forever. It’s been called media buying, advertising and customer relations. You take a client to lunch, that’s old school paid social. Earned media is brand building through efforts other than paid social media. A customer story or engagement that goes viral, is earned. So yes, paid social is indeed something purchased, but the end result is to build your brand, engage customers and earn social.

I believe that an airline’s social media efforts will move from a tool of marketing and sales to an equal function of how a business operates. It can be argued that it is as much a function of a business as are operations, finance, marketing and production. Social media is more than a sales tool, it is how you communicate with your customers, stakeholders, staff and by and large, present the company and it’s products to the outside world. In other words – it is your brand. A few select Graduate business schools are starting to understand this and have begun to allow students to focus their MBA on branding. This to me is a big deal; the marriage of branding, design thinking with the modern business model based on customer experience is exactly where I believe successful brand building should go. When a student devotes his or her time to branding and brand management rather than strictly financial nuts and bolts, it will create a crop of freshly minted MBA’s that can integrate this approach into some forward thinking airlines. I’m very optimistic.

A little off topic, but relevant for the discussion is what has been referred to as “design thinking”. Tim Brown, one of the founders of IDEO outlines this concept quite well in his book “Change by Design”. The point is that the critical analysis and non-linear approach a design thinker takes is often a fresh approach in a boardroom. Problem solving using this methodology can yield some new and unexpected results. It can be really successful, if companies are willing to commit and allow it to flourish. If an airline is willing to let their brand benefit from some creative design thinkers, then paid and consequently, earned social media becomes an even more valuable tool to engage with customers and therefore build the brand. It will take a leap of faith for airline management to see the value in this approach when most efforts are measured by ROI in order to satisfy reporting line items, but brand building by engagement allows customers to develop a relationship with an airline on a more substantive level than simply a service/customer relationship. Unlike traditional funnel marketing, paid and earned social provides a very tangible asset: data. This non-conventional return on investment is a treasure trove of understanding your customer, their interests and how successfully they engage with your brand. It blows conventional advertising and marketing out of the water.

As a potential sign of the challenges that still persist, Simpliflying released their Airline Social Media Outlook recently and although customer service ranks exceptionally high as a priority, the value of social media has a disconnect within management itself. Middle managers who have direct connection to social media and customer satisfaction, see a much larger potential and role for social media’s ability to support the customer satisfaction goals than senior management does. This dichotomy could be troubling. However, if middle management and the new crop of MBA’s are able to penetrate the boardroom and bring with them the ideology of brand building using social media as a key tool for customer satisfaction then the ship may be able to change it’s course. Going back to my earlier comments about ROI and social media, the numbers are beginning to trickle in. KLM was recently able to put some data to their robust social media efforts and show that they were able to generate a positive ROI for it.

Social media as a tool for customer engagement is still relatively new and some businesses are still trying to figure out how to use it. If you look at building your brand, engaging with your customers and compiling valuable data in that process, it cannot and should not be ignored. It isn’t a magic sales tool, but it is a way that the personality of your business is projected to the world and how a customer experiences your brand. That in itself is why it deserves a larger role.

← Why a brand is more than just some fancy paint.